In January 2015, the Indonesian government initiated a biometric passport system for Indonesian passport holders in Hong Kong and Macau. In the transition to this system, 11 Indonesian domestic workers have been jailed and more have been investigated for administrative discrepancies between their previous and current identification documents. On August 7, approximately 300 Indonesian domestic workers met with the Indonesian Consulate General at a forum co-sponsored by the Centre for Criminology (linked to HKU Sociology) to find out why this is happening. 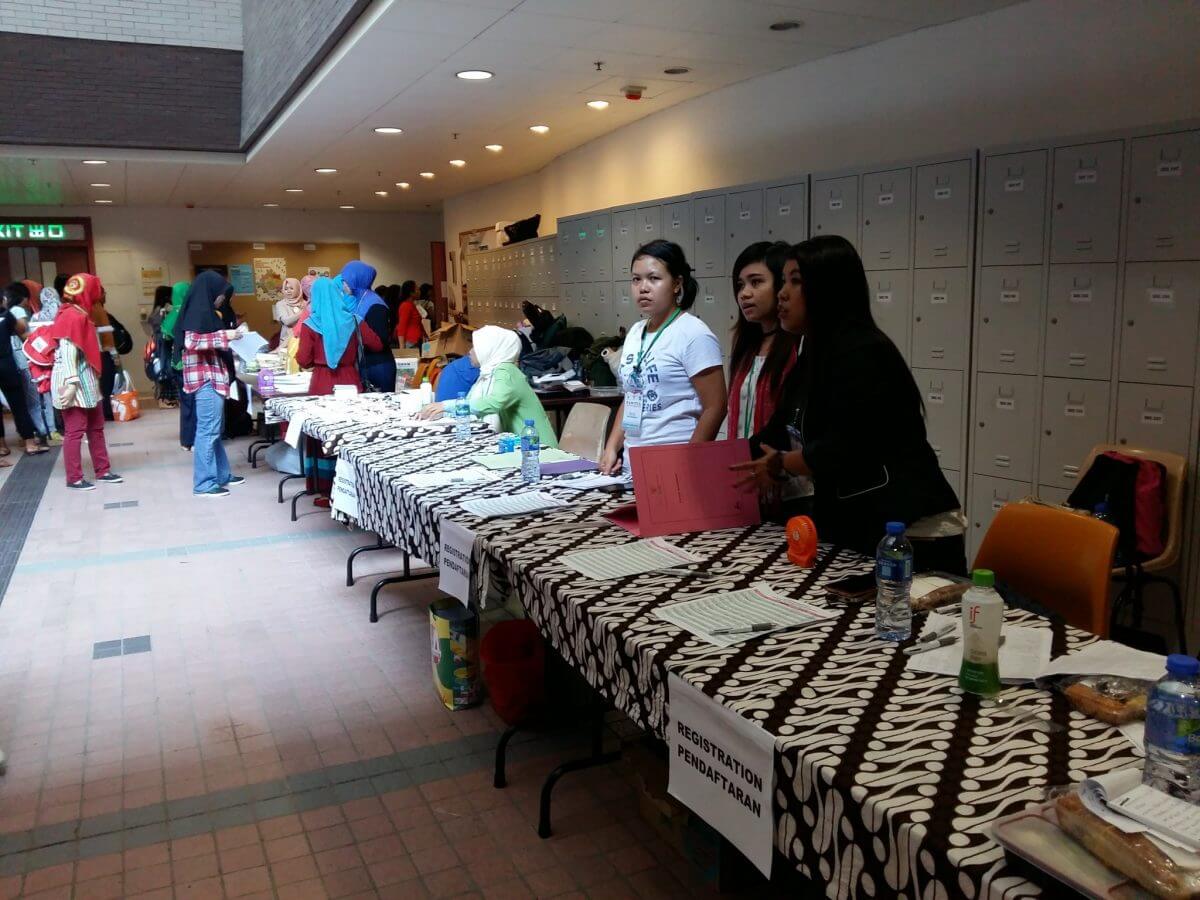 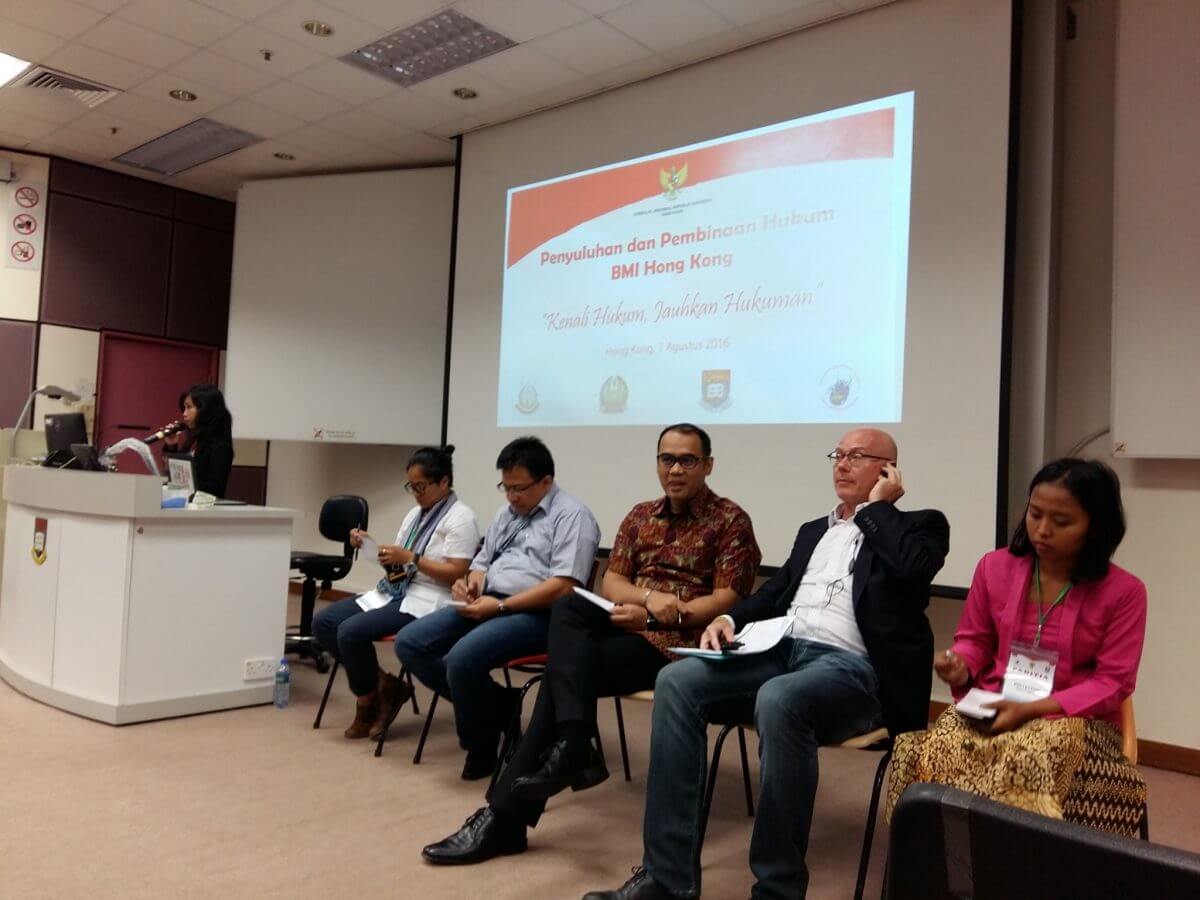 The concern among all present is that workers are at risk of criminal punishment for identification documents that they are legally required to obtain through third parties, some of which may be unmonitored. By law, Indonesian migrant workers are only permitted to work abroad through a recruitment agency and are required to obtain their travel identification documents (such as a passport) through their agency or training centre. Correcting errors or discrepancies may incur fees from the agency or exclude applicants from overseas work opportunities. Using identification documents with discrepancies may facilitate work placement but, with the introduction of the biometric passport system, now places domestic workers at risk of being charged with immigration fraud in Hong Kong. 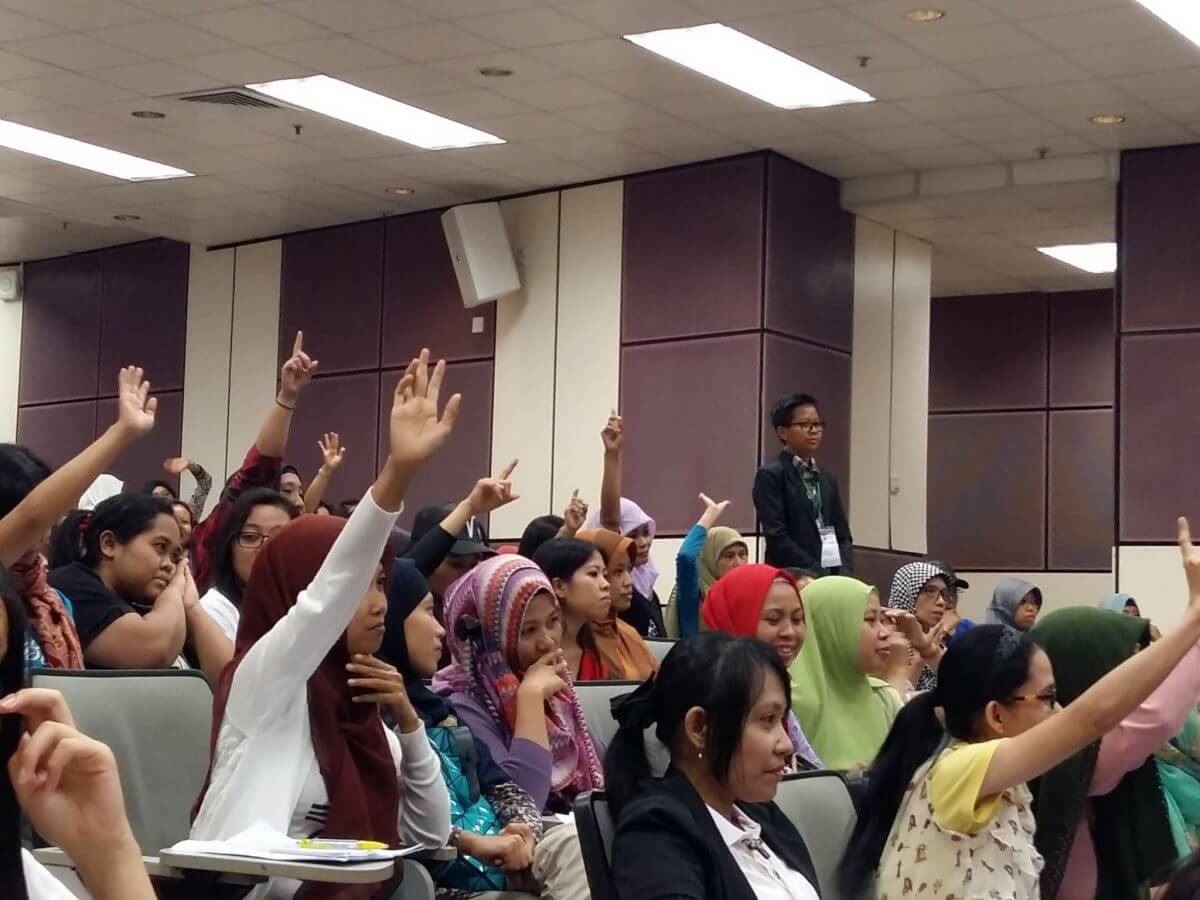 The Indonesian government’s new biometric passport system requires the synchronization of all identification documents. Domestic helpers in the process of synchronizing and reconciling identification documents now run the risk of criminal penalties (e.g. arrest, detention) by the Hong Kong Immigration Department. Sring outlined some of the intricacies of avoiding criminalization while sorting one’s identification, which include comparing the risks and advantages of correcting particular documents in Hong Kong or in Indonesia, and the order in which documents should be corrected in order to minimize investigation.

In this context, Consulate staff, human rights lawyer Mark Daly, and representatives from Indonesian domestic worker organizations all urged domestic workers to remember their right to remain silent, their right to obtain the names of officers they interact with, and their right to legal counsel when contacted by law enforcement officers. Domestic worker organizations also called for greater coordination between the Indonesian Consulate General and the Hong Kong Immigration Department. Workers’ passports remain the property of the Indonesian government and as such, discrepancies in identification documents issued by the Indonesian government, should be handled between the Consulate General and the Hong Kong Immigration Department. 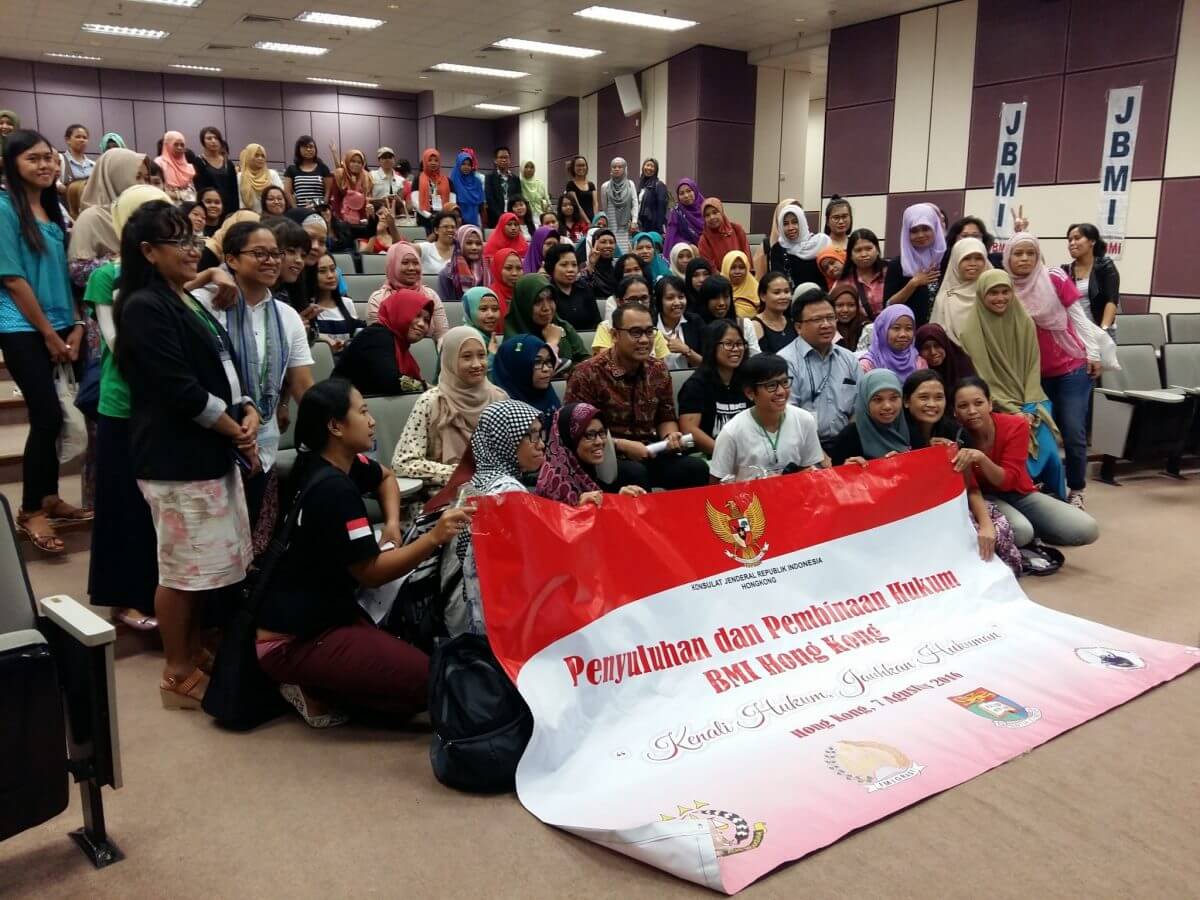 This issue has enormous implications for the estimated 150,000 Indonesian domestic workers in Hong Kong, many of whom may be the primary breadwinners for families overseas and the primary caregiver for employers’ families in Hong Kong. But this recent change also speaks to the wider global concerns about the increasing fusion between the criminal justice system and migration policy. Criminology of mobility and crimmigration researchers at HKU Sociology – including myself, Karen Joe Laidler, and Maggy Lee – have critiqued the use of criminal justice systems or penalties to manage or control migration. The experiences and concerns shared during the forum raises the question of what is to be gained through the use of criminal punishment for administrative errors, discrepancies or infractions.