Using video to visualize the voices of migrant women workers

“One minute, three scenes, a video.
Tell me about your idea.
Tell me how you would like to visualize your voice.
And let’s make it happen.”

This is what participants were asked to do earlier today, on the first day in a series of Visualizing the Voices of Migrant Women Workers workshops. Visualizing the Voices of Migrant Women Workers is a collaboration between Dr Vivian Wenli Lin of Voices of Women Media, and Dr Julie Ham in HKU Sociology, to provide video production training for migrant women workers in Hong Kong. The seven free Sunday workshops span through two months, coaching participants to visualize their own stories from start to finish: conceptualizing a video, forming a crew, directing and filming, editing, and finally screening. 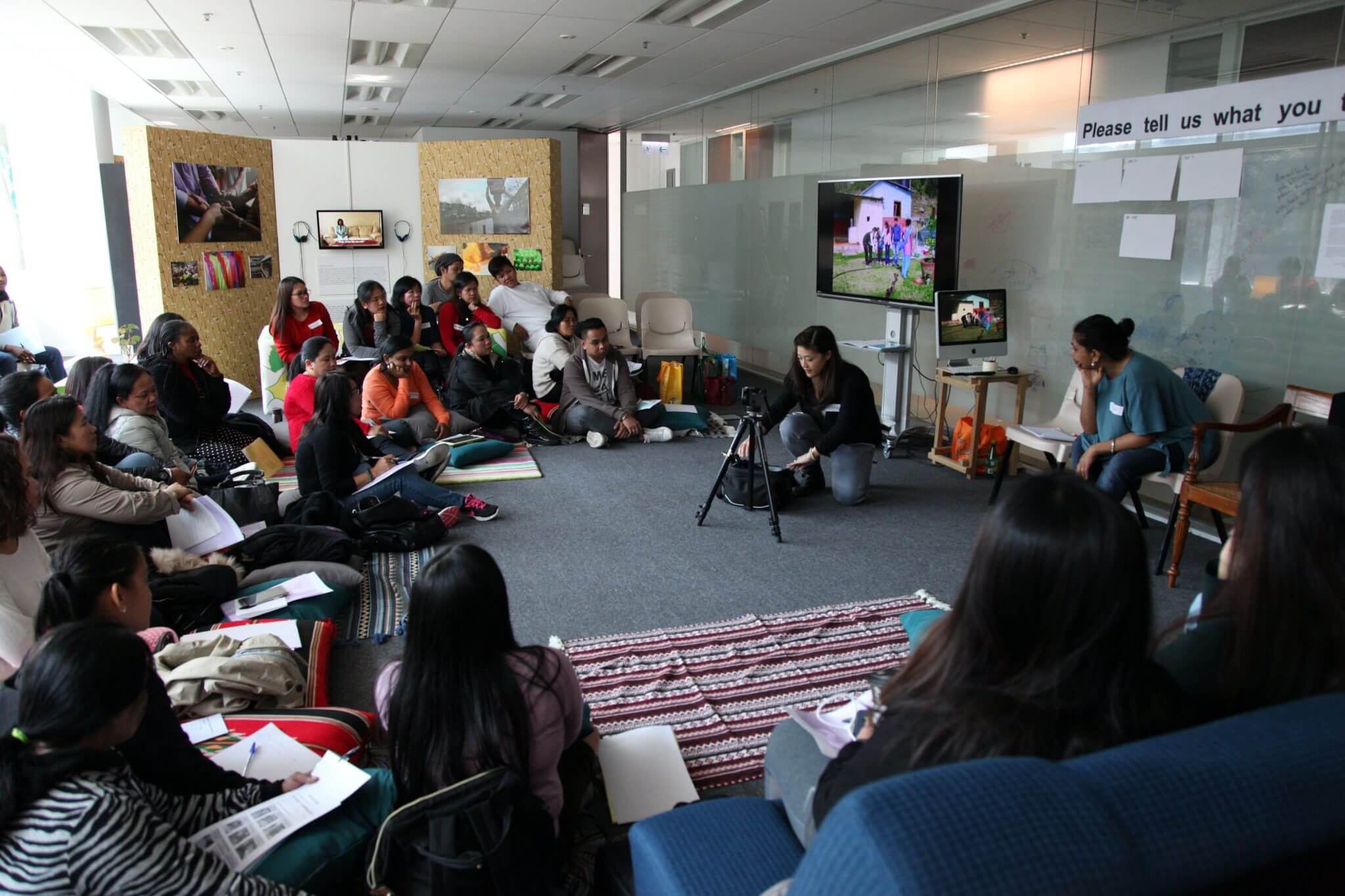 More than 40 women and men attended the first workshop, including domestic workers, refugees, and asylum seekers. On the first day, participants got right down to business. Vivian and Pooja (co-directors of Voices of Women Media) introduced the basic terminologies and techniques in video making. Participants quickly learnt and demonstrated the establishing shot, the medium shot, frog’s eye, bird’s eye, close-up, B-roll, and so on. 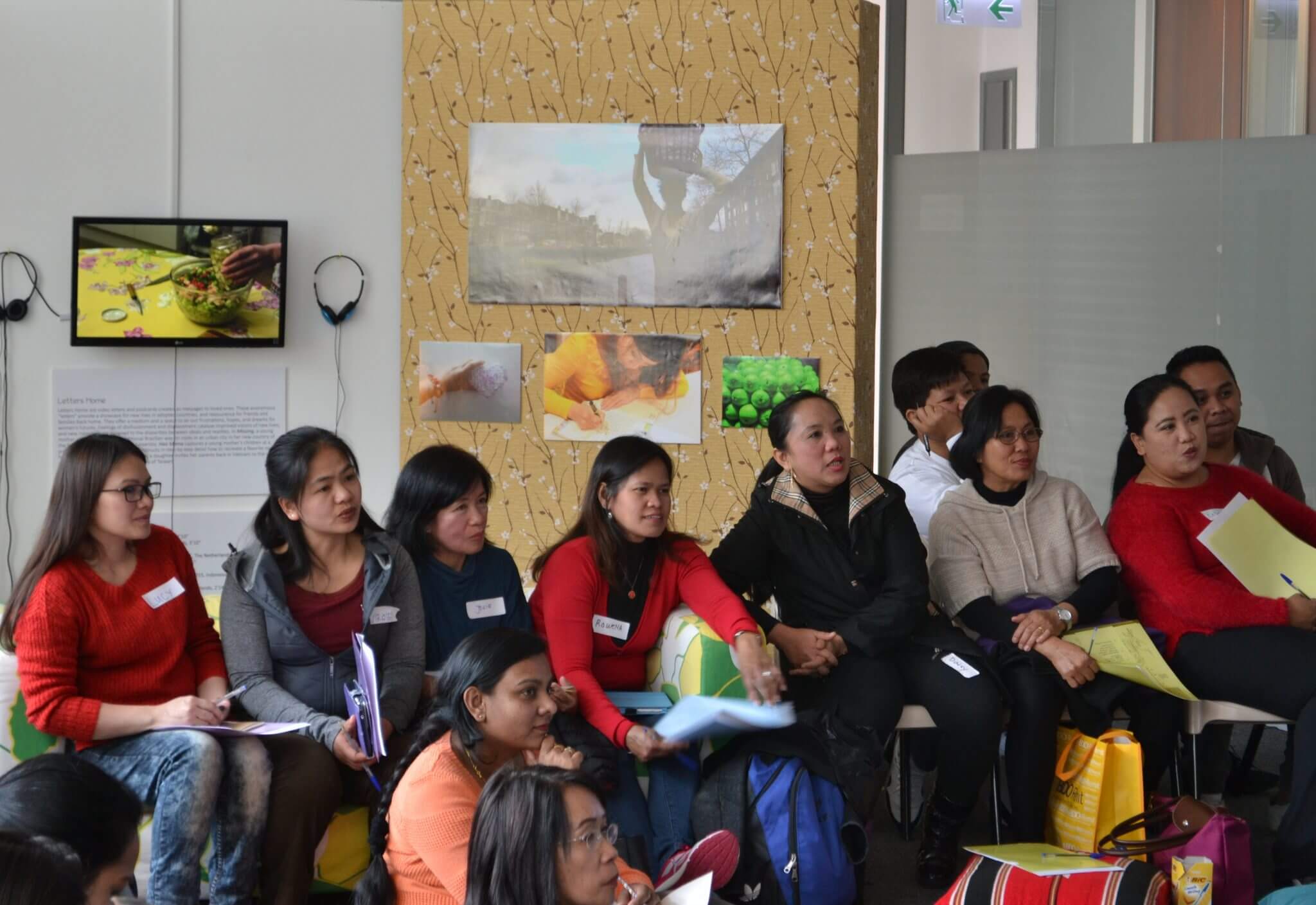 They also got familiar with the many roles involved in making videos: cinematographer, sound tech, talent, director, producer, gaffer, art director, location scout, etc.  each of the roles they will take on in the coming weeks for each other, in addition to directing their own video. Then, they divided into two groups and experimented with the camera to film a one-minute video almost entirely by themselves. By the end of the first day, each participant had formed a rough idea of what their individual videos would be about and shared that with one of the project team members. 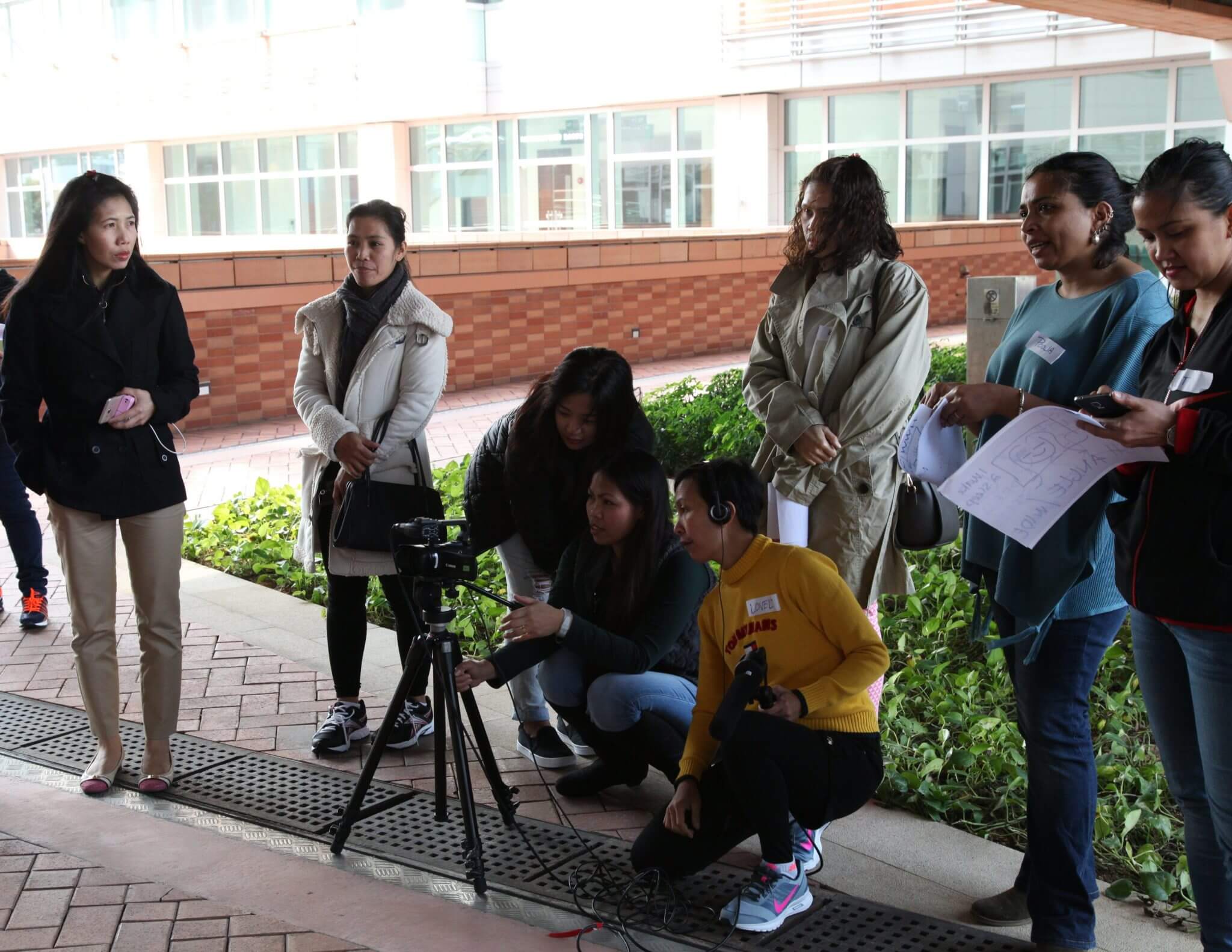 As a student intern on the project, I was inspired by what great energy the participants have. For foreign domestic workers, Sunday is supposed to be their only day off in the week, but they choose to spend it learning and give it one hundred percent. As for asylum seekers and refugees, I imagine the choice could not have been easy between attending a video workshop and other ways to spend a Sunday. For their individual videos, the participants had many interesting ideas. Although some needed pointers in making the visuals concise and effective, everyone took ownership of what they wanted to show. 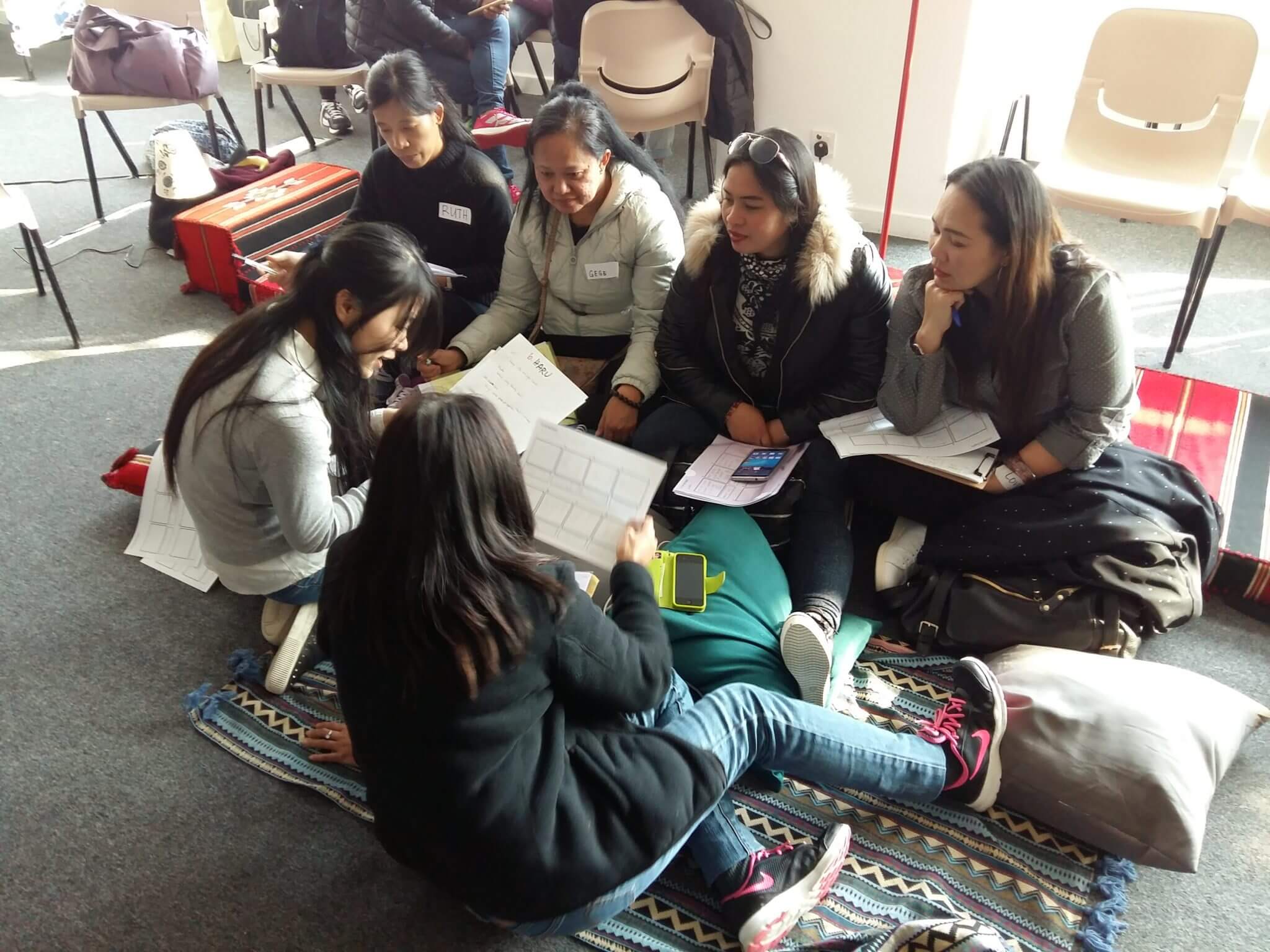 Brainstorming video ideas was also an emotional process. Some participants cried while reliving their experiences in Hong Kong of being discriminated against, being overworked and underpaid, and being unable to deal with hardships at home. Others wanted to show their other lives in Hong Kong, as costume designers, photographers, swimmers and hikers, to name just a few examples. It is our hope and aim that the workshops will be an empowering experience for these participants, whatever they want to film. And through making the videos happen, participants can take the time to focus on themselves, reflect, and celebrate their accomplishments.

HKU undergraduates can learn more about issues like these in our Globalisation and migration Common Core course, currently taught by Dr Julie Ham.