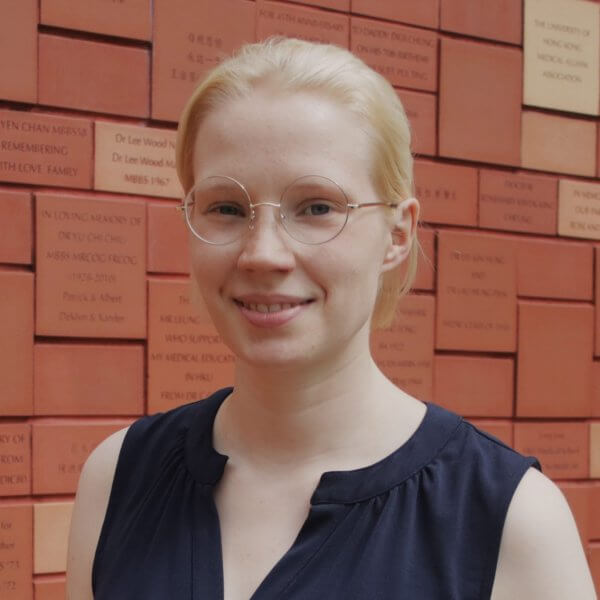 Johanna von Pezold is a full-time PhD student in Sociology at the University of Hong Kong, where she is researching the trade and consumption of Chinese-made fashion products in Mozambique.

Originally from Germany, Johanna obtained an MSc in Contemporary Chinese Studies from the University of Oxford in 2017. For her master’s thesis, she conducted ethnographic fieldwork in the Mozambican capital Maputo, examining mutual fashion adaptation in the context of Chinese migration to Mozambique. Before that, she has been studying Chinese and Economics at the University of Hamburg and the Pontifícia Universidade Católica in Rio de Janeiro. At Peking University, she has been a visiting student at the School of Chinese as a Second Language, supported by a Chinese Government Scholarship. She has worked for the Konrad-Adenauer-Stiftung in Beijing, the BRICS Policy Center in Rio de Janeiro, and leading management consulting firms.

Johanna is especially interested in transnational flows of non-Western fashion and material culture, interactions between global commodity production and local consumer cultures, and China’s relations to the Portuguese-speaking world. She is a Hong Kong PhD Fellowship holder and a member of the Global Shapers Community, an initiative by the World Economic Forum.

von Pezold, J. (2019). “‘It is Good to Have Something Different’: Mutual Fashion Adaptation in the Context of Chinese Migration to Mozambique”, Asia Pacific Perspectives. Vol. 16, No. 1. 34-64.
https://www.usfca.edu/center-asia-pacific/perspectives/v16n1/von-pezold